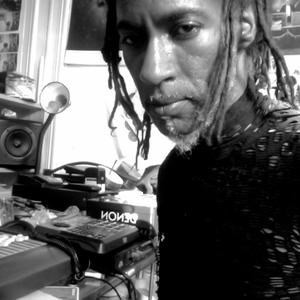 Starting as a musician over 20 years ago, LB was playing percussion. By his early teens, he´d become adept with the Bass and Lead guitars, and highly skilled as a drummer and percussionist (which is evident in his productions today). The Prince grew up in a time when music was alived and filled with talent and showmanship. That was instilled in him, and is one of his strongest points today. As a Dj and Mc he´d dazzled crowds around the world mixing and remixing live on his new instruments: the turntables, mixer and microphone. Bad´s talent allows him to switch positions from mic to turntables (spinning on 3) to rapping and singing !
BAD (the perfect word used for a positive discriptional his style of mixing) kept crowds and his following by playing new, different and unfamiliar sounds. The Prince of Dance is a musical trendsetter, yet still manages to uphold the honor of being a crowd pleaser.
Bad had studied radio and television broadcasting at Announcer Training School (ATS) in NYC. He`s worked background at one of the New York´s most prominent radio station “WBLS” as an on location broadcaster.
At an other station in NY, “WGLI” Home Of The Oldies “Uncle Monty” had his first full time on air position, playing songs from the 50´s and 60´s as well as having his own weekend show called “Hip Hops Alive And Well… and growing on Long Island” where Bad concentrated on local youth and local music makers.
When Ellbee moved to europe, he entertained Berliners for 4 years with his music mix and entertainment show “Wow What´s That!” which ran live 5 hours, two nights per week on kiss FM Berlin.
His massage was (and still is) music, love and laughter!!!