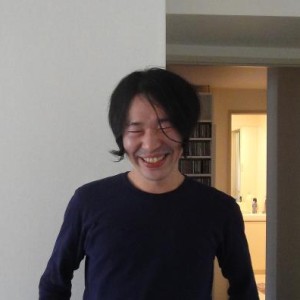 Gonno is without a doubt an integral part of the current wave of house and techno in Japan. His releases have not only appeared on reputable local labels but have also made their way humbly over to the continent.
Both his “Hammersmith EP” (Re-active Recordings) and acid house stormer “WC Succession EP” (Perc Trax) received extensive DJ support and Gonno has been proudly graced with the nod of approval from scene veterans/maestros/demi-gods Josh Wink and Laurent Garnier. Also his 2008 12 inch EP “I Don’t Need Competition”, featuring a Donnacha Costello remix, was a hit on the review circuit (Groove, De:bug etc.).
Gonno always manages to bring an acidy and melodic flavor to his DJ and live sets while still staying true to his house and techno roots. Without fail he draws clubbers in with eclectic sounds and the lost art of storytelling behind the decks/machines.
Gonno’s most recent release “Acdise #2″ dropped in Sep 2011. Even before its release the EP had frequent play from DJs such as Laurent Garnier, James Holden, Francois Kevorkian, Tim Sweeney (Beats In Space) and Todd Terje, and still continues to be a phenomenal long seller. It’s no exaggeration to say “Acdise #2″ is the year’s best Japanese techno.
Gonno is now hard at work in the studio preparing some new EPs and an album but still managing to find time to emerge from his soundproofed cocoon in order to DJ and perform live sets across Japan. His latest DJ-mix can be checked on Tim Sweeney’s “Beats In Space” and Dutch “rtfkt.net” radio show.