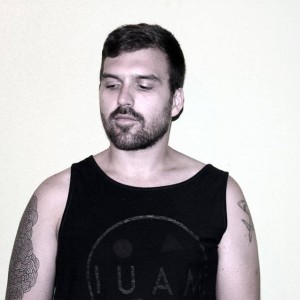 Niro (Unclear Records)
Niro is the producer who presenting unconventional notions . his musical roots are come from every noise, vibration or note that world produces, he believe in music that communication. So it seems obvious that he naturally Inspired by eclecticism Heroes, who have made the story a bit ‘on the sidelines such as: “Sun Ra”, “Arthur Russell”, “Aswad”, “Stereolab”, This is why he has a deep knowledge about not only electronic musics but also African esotericism, Jamaican dub, jazz, bossa, soul, he believe that those genres are also some of the ingredients that make culture up.
Through infinite experiences as a clubber from all over the Europe in the past, in 2008 he opens Klang Club in Arezzo Italy, where he hosts and shares the stage with many big names around the world stage, by that experience he’ve collected the respects as music culture professional and publisher.
In 2012 he released his first vinyl “My Dilemma” with prestigious remixes ” Fred P” and “MRSK” on Unclear label with his brother Elia Perrone. And since that time on, he keep up him self as a professional producer, it is clear that he is one of the producer with huge potential we should monitor.