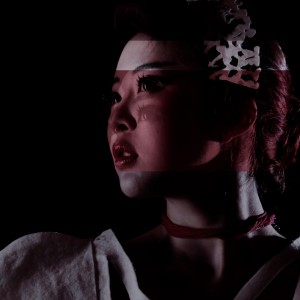 Red Pig Flower (Entail records/picknik records)
Red Pig Flower is a London and Berlin based DJ, producer and artist.
She started her career as a professional DJ at club Rooty (Tokyo) and Air (seoul), and sizzled up the dance floor with a tribal beat in an impressive style.
From 2009, she became more well known as a party guest DJ and organizer, working with artists such as House Rules (Korea) and Capsule, Hico and Towa Tei (Japan). She became an outreach DJ for the Pacemaker product and in 2010 became sponsored by the Samick Innovative Music System, a Korean branch of Native Instruments. However, Red piG floweR’s most extraordinary skill is her habit of getting peoples’ hearts racing with tribal beats and cooling the steam off with upbeat techno sets.
However from 2010 she moved to London to continue to explore new beats and grooves, with endless passion and experience of searching new sounds and environments. Now her set is more experimental and interesting with variety of tribal beat and experimental sounds by Ableton Live.
She also tries to put more notion of sound art in her set, trying furthermore to combine her art and music together to draw people inside of more unusual atmosphere.
She now makes her self busy to organiging events around East London and flying back and forth between London, Berlin and other Europian countries..
It is worth keeping on eye on her challenge to make new sounds and art.