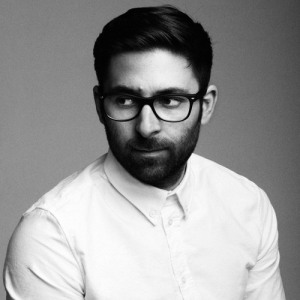 A singular voice, an idiosyncratic approach of Techno and a firm command of the dancefloor have turned Cosmin TRG into one of dance music’s ubiquitous figures. Throughout a career spanning almost a decade, Berlin-based Romanian producer and DJ Cosmin Nicolae has released music with Hessle Audio, Hemlock, Running Back, Rush Hour, 50Weapons, buidling a diverse and iconoclastic catalog in the process.

Taking cues from 90s era leftfield electronics, warehouse techno, the pioneers of early lab recordings and minimal film scores, Cosmin TRG has created his own brand of modern, textural sonics in a contemporary context. His flair for abstract, low-end drum section methodology and a natural propensity for sculpting arresting soundscapes out of contrasting aural signifiers have earned him a solid reputation with audiences, peers and critics worldwide.

Creating complex aural environments and relaying states of mind in club context has been a tenet in Cosmin TRG’s immersive DJ sets, done so with expertise and gravitas for the world’s leading dacenfloors, from Fabric to Berghain, to Trouw, Sonar, Toronto to Tokyo, London to Melbourne. His relentlessly hypnotic and seductive approach of the House and Techno canon has landed him regular slots on platforms like Boiler Room and podcasts for Resident Advisor, XLR8R, Fact Mag or CLR among others.

Following a flurry of singles and 2 full-lenghth albums (Simulat – 2011, Gordian – 2013), Cosmin TRG has started his own platform for artistic output in the shape of Fizic, an auteur-driven record label aiming at creating unique, high-quality audio-visual products of his own work. As its creator puts it, “Releasing on my own imprint is a rite of passage that I’ve always procrastinated, and so I finally resolved to channel all my efforts into something I could call my own. It gives me a chance to be very direct and personal. I also wanted to expose myself a little more, push my boundaries a bit.”

Though impossible to pin down, there’s a distinguished and distinguishable sonic personality about all to that which bares Cosmin’s name, and it’s that which makes him the essential electronic talent that he is.